My friend Nadia who sells flowers at the mercato told me this when I relayed the birthday news:  “Life begins at 40.”  I’m sure the Italians have a similar expression at 50, but I’ve still got a decade to discover that one.  I had a nice, albeit mellow birthday weekend.  I received lots of birthday cards and emails from friends and family so I felt special, although my parent’s gift didn’t arrive.  For some reason whenever they mail something, it gets sent over the arctic express.  Hopefully it will arrive this week.  Marinella bought me a pretty blouse and some sandals and Antonella gave me a gorgeous leather wallet and pretty scarf.  I had a lovely lunch with Janet and Ken on Sunday, work at Poliziano on my actual birthday, which was an awesome gift!, and margaritas and guacamole with Bonnie and Mark on Tuesday.  That was particularly fun since none of us had had margaritas since moving to Italy.  Massimo from my bar supplied the tequila and triple sec, since neither Bonnie or I could locate ingredients in town.  The limes alone were a mission and a half.

I also made my self-imposed deadline on book revisions and sent off a completed manuscript to my editor friend Signe.  Hopefully, she’ll have positive feedback.  I’m waiting to add an epilogue about receiving my work permit.  That would make for a happy ending!  Should be ready this week… Fingers crossed.  If you pray, say one for me, please.  I really need this!!!!!!

Yesterday, I helped Mark with all the boys who were participating in a flag competition in Piazza Grande.  Bonnie and Natalie are in New York having a girl’s weekend, so I pitched in to get four kids dressed in tights and tunics so they could participate for their contrada, Poggiolo.  I felt a little disloyal to be cheering for a contrada other than my own, but I’ll cheer extra loudly for Gracciano at the bravio at the end of the month.  It was a fun day, loooong, but fun.  The kids all received medals for their participation and Zack, the eldest, got a trophy with his squad.  For Americans, the kids really got into the Italian tradition.  It was also fun for me to see so many of my students that I teach participating.

This week I have a new student starting and my kids from Poliziano just got back from an English camp in Switzerland so I look forward to seeing how their English has improved.  They texted me in English for my birthday and I was quite proud. 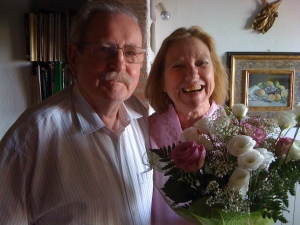 Margaritas with Bonnie and Mark

The boys preparing for their flag throwing debut! 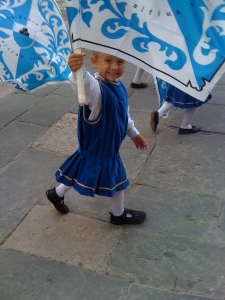 Kyle shows off his moves 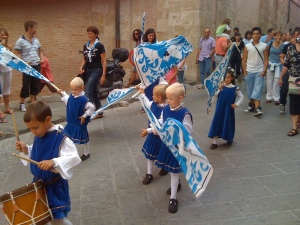 I took way too many pictures, but they were so darn cute...